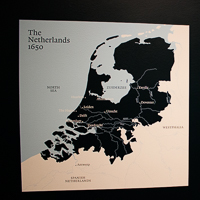 This long-running exhibition brings some of the most popular paintings from the museum's permanent collection together in a detailed look at the Golden Age of Old Dutch Masters. Rembrandt welcomes you to the exhibit and is heavily represented throughout, but this is more than blockbusters. Based on a treatise of the same name in which Philips Angel van Leiden advocates for painting as the supreme expression of art, the exhibit provides a detailed look at Dutch life and creative thought during a period of intense cultural, economic, and political evolution in the 17th-century. Dig deep into the history of the Low Countries and learn fascinating details about the artists. Or, just enjoy some of the greatest paintings at the Met.

he has sound judgment, a sure and reliable hand for drawing, a rich talent in the natural arrangement of objects, an ingenious invention of pleasing abundance, the proper arrangement of the lights and shades, - Philips Angel, Qualities of a Great Painter from In Praise of Painting 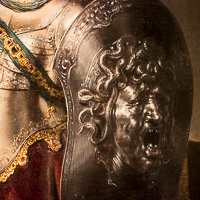 67 paintings, including 11 by Rembrandt and 4 by Vemeer, are organized thematically, examining how the art produced during the 16th-century was influenced by the historical developments impacting Dutch society. The exhibition explores Dutch identity, religious tensions, artistic interpretations of the unique Dutch landscape, evolving interpretations of the human form, and Dutch genre painting capturing the semi-private lives of everyday people. Include the detailed audio guide in your visit for commentary by contemporary poets, cinematographers and others whose own work continues to be influenced by this period. 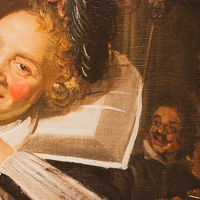 While the European Painting galleries remain in various states of closure and renovation, this exhibit is your best opportunity to see the Rembrandts and Vemeers that have been part of the museum's collection since its founding. But the exhibition is far more than just a temporary relocation of patron favorites like *Aristotle with a Bust of Homer*. Many of these works have never been hung in the same gallery or have not been exhibited in many years. This is an opportunity to dig deep into one of art history's most successful and popular periods.