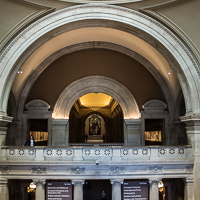 The Met needs no introduction. It is the museum against which all others are measured. It defines New York City as much as the Statue of Liberty and the Empire State Building. A day spent here is mandatory for locals and tourists alike. And repeat visits after that. With over 45 acres of floor space, it is a vault of creative treasures unparalleled by any other that is constantly refreshing the exhibitions and displays. Take a tour and see the highlights or throw away the map and get lost in forgotten corners--either strategy leads to an unforgettable day. 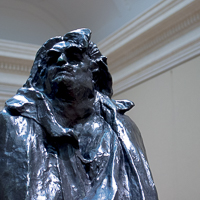 The museum has everything from everywhere. Ancient artifacts from Egypt, Babylonia, Greece, Rome, Cyprus, Arabia, China, Pacific Islands, Asia and the New World. Paintings and sculptures from every major artist from the past 300 years. Architecture and interiors. Furniture and flatware. Tapestries and photographs. Armor and costumes. Musical instruments and baseball cards. They have a chariot, and obelisk and an entire Roman Temple. And that is just the permanent collection. The Met hosts up to a dozen major exhibits at any given time and rotates them regularly. The only limit to what you can see at the Met is your own time and stamina. 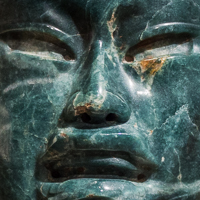 There is no civilization, no century, no medium, no undertaking forgotten by the Met. The entirety of human culture is represented in some form. Only the Louvre and the British Museum receive more visitors in a given year, but even these venerable institutions cannot match the breadth of the Met. And this is the real value of the Met, particularly for New York City. It allows all the other museums to specialize. Major museums are freed from the responsibilities of being the leading cultural institution of the city and can take much greater risks in their exhibitions, focus on niche mediums and provide real depth. The Met may not be avant-garde, but its mere presence allows everyone else to be.