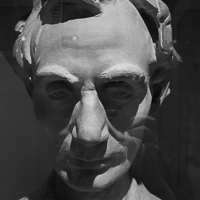 Nowhere is the newness of America more dramatically emphasized than at the Metropolitan Museum of Art. The American Wing is surrounded by centuries-old armor that was worn before Europeans discovered the continent, a Roman Temple that was considered ancient when Henry Hudson arrived in New York Harbor, and a gallery of works produced by masters of a craft who predate the Declaration of Independence by generations. America is new and with that newness comes ambition, experimentation and revolutionary ideas that older countries would stifle with inescapable traditional. The American Wing is art and crafts inspired by European knowledge but freed from its constraints.

Of course, it is well to go abroad and see the works of the old masters, but Americans... must strike out for themselves, and only by doing this will we create a great and distinctly American art. - Thomas Eakins, American Artist and Educator 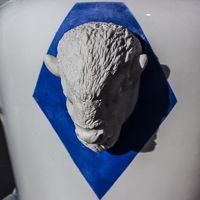 Start in the courtyard of the American Wing--the spacious, sun-drenched atrium houses some of the largest pieces in the museum: parts of historic banks, mansions, public parks or offices rescued from the destruction of progress. The lower level of the wing contains numerous historic rooms, including an impressive installation of a Frank Lloyd Wright design. Upper levels focus on American painting and sculpture. Seek out *Washington Crossing the Delaware* and read about the recent renovation of the gallery to match a Civil War Sanitary Fair. Get lost in the giant open storage gallery--like the attic of the distant New England relative we all wish we had. 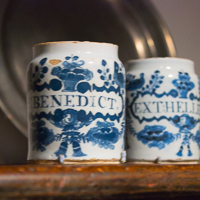 The newness of America is undoubtedly on display, but so is the miracle of it. In the span of a few short centuries, colonists, settlers, immigrants and their descendants have produced objects of great skill and beautify--a testament to the economic strength and cultural drive of a people making it up as they go along. While the European galleries may have great masters whose names you recognize, the American Wing has the great experimenters and explorers, the great individualists and artisans. You may only recognize a few of the names, but the signature energy and ingenuity of the collective American experiment is the real draw.