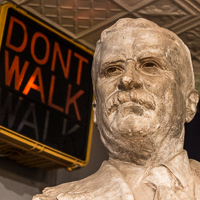 The word relic usually connotes holiness by association with a saint or a hero. The holiness bestowed on the innumerable relics crammed into this charming museum comes not from an individual, but from the collection of every-day New Yorkers whose frequent use of familiar objects over decades elevate greek coffee cups, street signs, subway tokens, and World's Fair souvenirs to venerable artifacts. You may expect cheese and irony, but the museum presents the history of New York through the discarded tchotchke of yesteryear with seriousness and devotion. This is the attic of your eccentric, packrat, old-school New York uncle you kind of which you had.

It is the living embodiment of our local heritage and hometown pride - David Herman, Museum Director 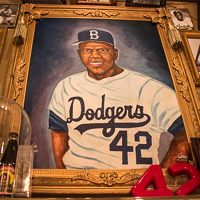 The small museum is split into three areas: the permanent collection, a temporary exhibition hall, and the seasonal backyard space. The permanent collection fills the first room with an esoteric collection of esoteric collections: memorabilia from New York's two epic World's Fairs, an assortment of representations of the Statue of Liberty from postcards to miniatures to commemorative plates, an altar to Jackie Robinson, geological samples from New York's bedrock, and iconic Greek coffee cups. None of the items are particularly valuable or rare--but they each capture a piece of cultural history often overlooked in the higher-brow vaults of other museums. Temporary exhibits invite community members to showcase their own City-themed collections and while usually small, they are thoroughly researched and lovingly curated. 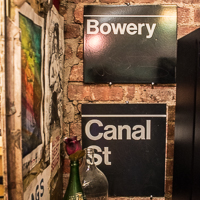 The city has been in a constant state of redesign and development for 400 years and if something as significant as the original Penn Station can disappear from the landscape there is little chance that a corner newsstand, shuttered deli, foreclosed barbershop or irrelevant hotel can leave much of a trace. The City Reliquary recognizes the significance of the insignificant, the value in storing the valueless, and that one man's treasure, properly presented, no longer looks like another man's trash. Everyone enjoys their time in this eclectic space. The only downside to the City Reliquary is the realization that many more such community institutions are needed. Go back often.