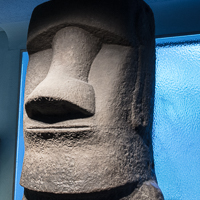 The American Museum of Natural History is one of the great scientific institutions in the world. Rivaled only by the Met in size, scope and popularity, it is a required stop on even the most superficial tour of New York City. It is a source of beloved nostalgia for anyone who grew up in the tristate area, with iconic exhibits that have fascinated children for generations. But the museum is also a serious modern research institution at the forefront of scientific discovery. It educates, entertains and inspires, and is the only adequate memorial its polymath patron saint, Theodore Roosevelt. 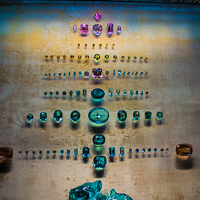 With the depth and detail each exhibit provides, the museum is actually more like a dozen separate museums combined into one. It is a planetarium, a menagerie, an anthropological society, a gem gallery and a dinosaurium--all matters vegetable, animal and mineral--combined into a single suggested admission. The museum covers everything, from the depths of the oceans and the core of the earth to the farthest reaches of space; from the tiniest atoms and strands of DNA to the largest animals to lumber across the planet or swim the sea. You will see meteorites,, extinct animals, giant dinosaurs, precious stones and artifacts from ancient civilizations around the globe. You will also see strollers. Lots and lots of strollers. 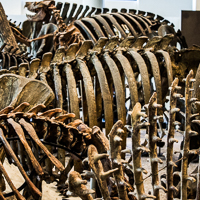 Visitors can either learn a little about a lot of things or a lot about a your favorite topic. A single hall could occupy an entire day with the amount of detailed scientific and historical information available in exibits. While obviously popular with kids, this is not a children's museum--the museum does not dumb it down and will challenge and educate all ages. No matter how much you may know about a particular scientific field, prehistoric culture or animal species, the museum has something new to teach you. While some exhibits have remained unchanged for decades, as a living institution the museum is an active--and often controversial--participant in on-going scientific discovery. Few museums can guarantee such broad appeal to visitors of all ages and backgrounds.