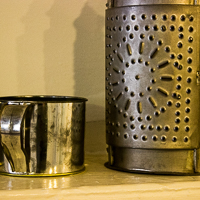 The Valentine-Varian house is the oldest remaining farmhouse in the Bronx. Built by Isaac Valentine in 1758, the house was strategically located on the Old Boston Post Road. During the revolution, British and Hessian soldiers occupied the space, and numerous small skirmishes occurred on the nearby farmland. The home, miraculously preserved from the economic blight of the 1970s, is now the headquarters of the Bronx Historical Society, which preserves the house and celebrates its long history. 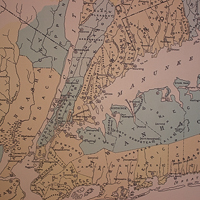 The beautiful fieldstone home has been restored to gorgeous 18th-century standards--one of the best pre-Revolutionary buildings left in the city. Located on the grounds of the Williamsbridge Oval Park, the home is open to visitors on weekends (and to arranged tours at other times). The Historical Society rotates exhibitions in the small home, exploring such topics as Edgar Allan Poe's muses in the Bronx, and the Suffrage Movement. Numerous artifacts are on display from both the home's colonial past and the long history of the Bronx. 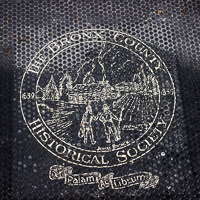 Any tour of historic homes in New York City must include the Valentine-Varian house. While neither as grand or as old (by a decade) as the nearby Van Cortlandt Manor, the home was the site of more interesting history. But even if 18th-century lifestyles do not interest you, the exhibitions curated by the passionate members of the Bronx Historical Society are well worth the visit to Norwood. Delve deep into the history of New York's toughest borough.