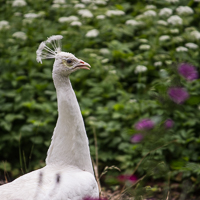 That the largest cathedral in the world can seem a sleepy neighborhood church is a profound testament to the grandeur of this island of skyscrapers. Where the grand basilicas and cathedrals of Europe dominate their skylines, Saint John the Divine is a modest contributor to New York's. The cathedral is as much a community and cultural center as it is an architectural masterpiece. Rotating art installations, special events and surrounding the surrounding green space would be worth a visit to a lesser edifice.

And they came every one whom his spirit made willing and they brought the Lord's offering - Exodus 35:21 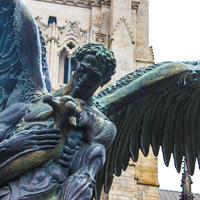 Construction began in 1892, continuing through the 20th century. Facets of the Romanesque cathedral reflect the social and cultural changes of the century. The result is a fascinating combination of traditional cathedral architecture and modernist touches. Hidden details, like an early television set in stained glass or Albert Einstein among the stone carvings of saints, reward careful explorers of the building (though a guided tour is recommended to catch them all). Beyond the building, which could occupy you for hours, the cathedral curates rotating exhibits ranging from traditional sacred objects to contemporary secular art installations. It is a divine gallery space. 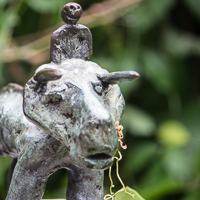 Saint John the Divine may be too new and too far from the city's vibrant neighborhoods to distinguish itself as the religious symbol of New York. Nevertheless, a tour of either the city's historic houses of worship or New York's outstanding architectural achievements simply must include a trip to Morningside Heights. It is a place of peace and inspiration, but also adventure and exploration. Come and spend a few hours visiting the latest exhibition, hunting for charming details, memorializing your favorite author in the Poet's Corner, enjoying the peaceful biblical gardens (complete with peacocks) or climbing to the roof for one of the great views of Manhattan.