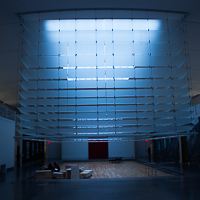 The Queens Museum (once called the Queens Museum of Art) is the most vibrant remaining artifact from the legendary 1939 and 1964 World's Fairs, apart from the Unisphere. The museum was designed to house the 'New York City Building' for the 1939 Fair and later served as the original home of the United Nations. In 1964 the building was at the center of the Fair's New York Pavillion, only opening as a museum in 1972. The museum now plays host to a variety of temporary and permanent artistic, architectural, and engineering shows, including the spectacular *Panorama of the City of New York* 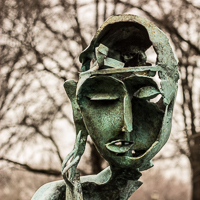 The museum's permanent collection can be split into three categories: World's Fair relics, Tiffany Glass, and the *Panorama*. Dr. Egon Neustadt amassed one of the world's largest collections of Tiffany Glass and selected the Queens Museum as its permanent home. The unforgettable New York World's Fairs are cataloged in detail by the museum. The detailed *Panorama* remains one of the most interesting ways to explore New York City. The rest of the museum hosts traveling and temporary exhibitions, tending towards Contemporary Art by international artists. Plan for a full day--there is a lot to see. 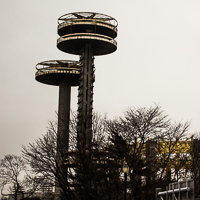 If nothing else, you should see the *Panorama*. But as the museum continues to expand its programming, the Queens Museum becomes less and less the last living artifact of the behemoth World's Fairs, and more a thriving, contemporary institution that hosts exhibitions with an eye to the international stage. Whether you are looking backward at New York City's history or exploring the art of today, there is something to be discovered at the Queens Museum.