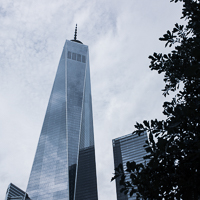 In preparation for the ten year anniversary of the operation that killed Osama bin Laden the museum has installed a detailed exhibition exploring the decade-long manhunt. Artifacts from the operation, including the scale model of bin Laden's compound used to brief President Obama, are supplemented by interviews with members of the intelligence and military communities who participated in the search.