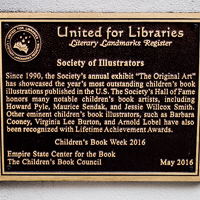 Since 1901 the Society of Illustrators has promoted and educated both members and the public in the art and business of Illustration. In 1981 the society opened a museum to showcase achievements and trends in Illustration (though it has hosted annual exhibitions since 1959). The museum is also home to the collection of the Museum of Comic and Cartoon Art, which no longer has a physical location in New York. 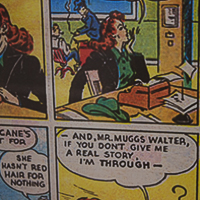 Despite housing a permanent collection of over 2,500 illustrative and comic works, the museum focuses its efforts on curating fascinating and timely special exhibitions. Exhibitions showcase the art of illustration in many forms: comics and comic books, advertising copy, children's books, and artistic sketches. Exhibits rotate often and run concurrently, with over 12 different exhibitions shown in a given year. Plan on returning often. 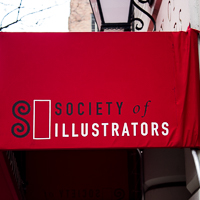 While it is no longer revolutionary to look at illustration and comics with the same eye as Fine Art--most galleries and museums have been converter--the Society of Illustrations has known this for over a century. The museum is a well-worn stop for comic book fans and aspiring book illustrators, but the general public will enjoy the museum's creative exhibitions almost as much as the enthusiasts. Illustration is an accessible medium, but bring a critical and academic eye--this is serious art.