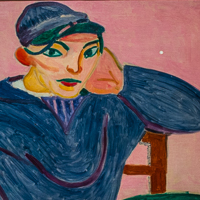 With the recent opening of the nearby Met Breuer the museum has laid to rest the unfair refrain that its contemporary works did not match the breadth and depth of its other collections. But the Breuer did not inherit the museum's permanent collection of Modern and Contemporary art--it merely gave an outlet for the department to compete with the myriad contemporary exhibits around the city. The Met Fifth Avenue retains an impressive collection of works by iconic 20th-century artists from around the world. While not as uniquely "the Met" as armor, instruments, Roman temples or giant Buddhas, the Modern collection contains masterpieces worth discovering. 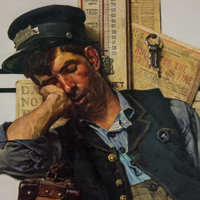 The collection fills two floors and a mezzanine. Upstairs and the mezzanine contain the large format pieces: huge canvases and large sculptures that occupy an entire wall. Downstairs the paintings and sculptures are of a traditional scale and curated not by artist or chronology but into the major themes of Modernism (for example, Abstraction or the Avant-Garde). The names will be very familiar: Picasso, Rivera, Dali, Klee, Rousseau, Miro, Chagall, Matisse. But while the artists are famous, the pieces tend to be lesser known works; there is no single must-see magnet to draw the highlight hunters. Freed from checklists, visitors can discover new pieces by known masters and contrast them with contemporaries. 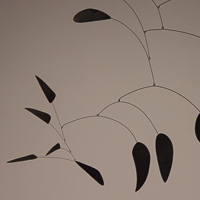 If your tastes tend towards the Modern and Contemporary the Met may not be high on your list. Other museums in the city have larger collections or take greater risks with contemporary exhibits. But the purpose of the Met's collection is not to embrace the avant-garde or showcase unknown artists. Instead, it is the logical conclusion of the journey through Western Art that begins in the Greek and Roman galleries and passes through Medieval times, the Renaissance, and the extraordinary output of the 19th and early 20th-centuries. Only at the Met can you trace the artistic genealogy of Modern artists back to the Classical Age without skipping a generation. And, to be fair, it is an impressive collection in and of itself--it is just the only section of the Met other museums can aspire to surpass.