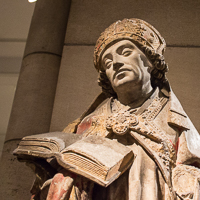 The Met’s massive collection of pre-Renaissance European Art is best appreciated a few miles up the Hudson at the Cloisters. But the strength of the Cloisters should not overshadow the contributions made by the handful of Medieval galleries at the Fifth Avenue building (and aficionados should probably just visit both). The galleries serve as an important bridge linking the bust of Emperor Constantine at the end of the Roman Galleries to the earliest Triptych paintings in the European painting galleries. The paintings, tapestries, carvings, and sculptures serve as a reminder of the lost glories of the Classical world and the revolutions brought about by Renaissance thinkers. 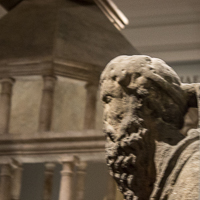 Start your visit at the choir screen, which transforms the room into an apse, an appropriate setting for the religious icons scattered among the shadows. Jesus, Mary, and Joseph are common themes, as are forgotten saints and their patrons. The pieces are very old, with some galleries dedicated to the Byzantine empire. Contrasted with the life-like marble works or Rome and Greece, the wooden carvings seem simplistic and disproportioned. But that is exactly the point of the gallery. Much was lost with the fall of Rome and much was regained with the Renaissance. Between those times artists, monks, architects and their royal patrons strove to create beauty, but generations of knowledge had been lost. 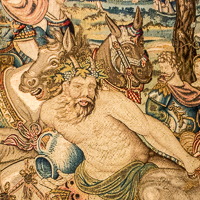 The Met tells the full history of Western Art, from prehistoric pottery through contemporary artists. During the centuries covered by the Medieval galleries (roughly from the fall of Rome through the beginning of the Age of Discovery) artistic progress was slow and thematically stagnant, but still contributed to the revolutions to come. But even if you are not interested in this particular hash on the timeline of art, the Medieval galleries merit some time simply because there are so few places in this hemisphere collecting this genre. Save yourself a trip to Europe and see the tapestries here.