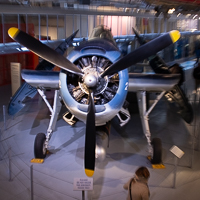 Undeniable proof that New York City truly has everything lies anchored on the Hudson River. If the Gilded Age mansions, architectural masterworks and restored tenements that house the city's other museums leave you unimpressed, take a short trip to the west side and climb aboard the historic USS Intrepid. The Intrepid Sea, Air, and Space Museum celebrates the potential of the left hemisphere of the brain: the genius on display here is not artistic or literary, but rather scientific and engineering. As impressive as these modern military marvels may be, it all the more impressive that these submarines, supersonic aircraft, and space shuttles are obsolete. We have even better ones now. 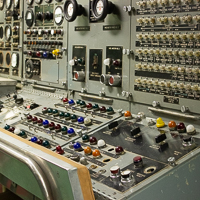 You will see lots of dials here. And buttons. And switches and levers and knobs. Fifty years ago the USS Intrepid was an integral part of the United States Navy. While the smell of jet fuel has dissipated and the yeomen are retired, the ship itself remains much as it was during combat operations. In addition to exploring the inside of this behemoth, the flight deck hosts an awe-inspiring collection of military aircraft from the past 50 years, including an F-14 (as seen in *Top Gun*) and a Concord. Add the Cold War-era submarine and the tour of Cold War combat technology is complete.<br>If you remain unimpressed, the museum now houses a Space Shuttle. A real-life Space Shuttle. 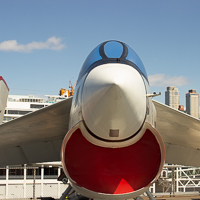 Armchair admirals, amateur military historians, and 10-year old boys need no convincing of the merits of this unique museum. But even if your interests lay more in Monet than MacArthur, the Intrepid must be seen at least once. There are profound experiences that no quiet gallery can match: sitting in the seat of an anti-aircraft gun pointed at midtown Manhattan standing on a flight deck once ablaze with Kamikaze wreckage, staring at a craft designed for leaving the Earth's very atmosphere. Whatever your interest in mid-century American Military history, a sunny day aboard the Intrepid is unforgettable.