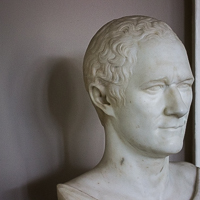 Alexander Hamilton called New York City home for much of his life, even though his many responsibilities as a key member of the Founding generation took him across the colonies. But like most New Yorkers, he was a lifelong renter. The only home he was known to have owned was this country estate built in what was then pastoral Harlem. As Harlem developed, Hamilton's home was preserved through relocation, completing its final move to St. Nicholas Park in 2011.

There is a certain enthusiasm in liberty, that makes human nature rise above itself, in acts of bravery and heroism. - Alexander Hamilton 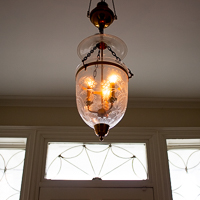 The house itself (*The Grange*) recreates as much as possible its state while Hamilton resided there, complete with period furniture, Hamilton's writing desk, and a full table setting. The home is accessible only through timed ranger-guided tours (usually four times a day) or brief open-house hours (usually twice a day). The visitor's center in the basement hosts an informative film and detailed exhibits about Hamilton's life and times. Be sure to watch the short film demonstrating the most recent relocation efforts of this priceless historic home. 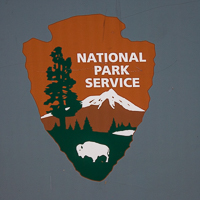 This is not Mount Vernon or Monticello. But like those massive estates, this modest country home is a perfect reflection of its energetic and practical owner. Interest in the life and times of Alexander Hamilton has experienced a massive resurgence and few sites in the city celebrate capture his short but brilliant life better than the only home he was known to have owned. This may not compare to the musical, but for the cost of a quick subway ride uptown, you walk his halls.