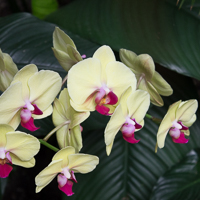 The Frick Collection is the most European of museums in New York. While other Fifth Avenue mansions of by-gone robber barons have been thoroughly democratized, Henry Clay Frick's former mansion retains the patrician airs more commonly found in British and French house-museums. And like those European estates, the building both beautiful and cold. Frick amassed an impressive collection of art, furniture, sculpture, and decorations which he willed should become a museum upon his death. The fruits of his union-busting, capitalist endeavors are now begrudgingly open for public view throughout his stately halls.

In giving his house along with his pictures and other beautiful possessions he has done all that a collector could do to send Velasquez or a Rembrandt or a Gainsborough down to posterity. - Royal Cortissoz 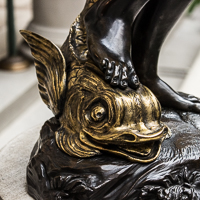 While the museum occasionally curates small temporary exhibits, the museum's primary draw is the permanent collection where you will see major works by minor arts and minor works by majors ones. Frick was a collector of the old world, eschewing modern artists often patronized by his Gilded Age contemporaries. His collection is a luxurious, deep-tracks tour through European Art History, with many familiar names: de Goya, Velazquez, El Greco, Pieter Bruegel the Elder, and van Dyck but few of their iconic works. Pieces range from early 14th-century panel paintings through late 19th-century sculptures. This is not a place for modernity in art or ambiance. It is a nostalgic museum, yearning for a time when art was European and American capitalists were unfettered. 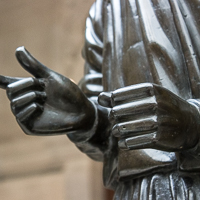 The Frick Collection is greater as a symbol than a sum of its impressive works of art. It is the last, best vestige of an era when the fortunes of the city, the country, and the world lay in the coffers of a handful of industrialists. Henry Clay Frick and his contemporaries enjoyed unrivaled prosperity before world wars revealed the folly of the European aristocracy they sought to imitate and the Great Depression made American's question their unregulated pursuit of wealth. The mansion and the art housed in it is the culmination of the promise of 19th-century America: that savvy capitalists could live like European nobility. Visit the Frick to visit that age.