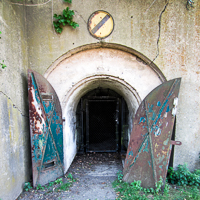 It is easy to forget in the modern military era that New York City was once key to the strategic defense of the entire country. After the disastrous occupation of New York during the American Revolution, military planners spent decades working to protect the island from a naval assault. 19th-century forts are still major landmarks in the city, though most have been transformed to peaceful purposes. Fort Totten, the last of New York's defensive forts, is one of the most fascinating to visit and merits a trip to Bayside to explore.

The plans that had been prepared, if carried into completion, would have made the fort at Willets Point the most formidable such structure in the New York area, if not the country. There were to be no less than five tiers of guns in the sides of the fort facing the water; four tiers in casemates, and a fifth tier in "barbette mounts" on the ramparts - Norman Brouwer, History of Fort Totten 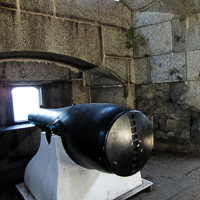 While the surrounding park at Fort Totten is a destination itself, particularly the Bayside Historical Society in the castle, be sure to visit the ruins of the uncompleted fort along the water. Over several iterations, military architects, including Robert E. Lee, worked to build an appropriate defensive structure at New York City's access to Long Island Sound. While the last iteration was still under construction, a test Naval assault using the newest shells so damaged the fort that designers declared the fort-era of Naval defense officially over. The incomplete ruins of the fort are now a fascinating spot to explore. 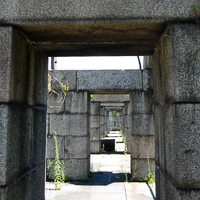 Its distance from the rest of the city is both a deterrent and a draw to potential visitors. This park, still partially an active military installation, is quiet, water-side oasis at which you could easily spend an entire summer day. Even if you have little interest in military history, a hike to the fort's ruins is still a rewarding activity. Views of the water from the fort are stunning, and the natural decay of the ruins create one of the most unique and accessible 'ruin' experiences in New York.