Until the long-awaited completion of the Africa Center, El Museo del Barrio is the northern-most museum along Fifth Avenue's culture-rich Museum Mile. After almost a year of renovation and preparation, El Museo del Barrio recently reopened its galleries to showcase work by Puerto Rican, Carribean and Latinx artists connected to the surrounding East Harlem community. Founded in 1969 by the experimental artist Raphael Montanez Ortiz, the museum is as much a community center as an art gallery, hosting several events and block parties throughout the year.

collect, preserve, exhibit and interpret the art and artifacts of Caribbean and Latin American cultures for posterity - Mission Statement of El Museo 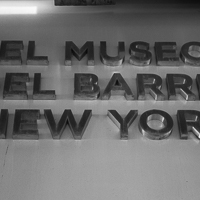 While the museum's growing permanent collection is impressive--and spans more than 800 years of history--gallery space is usually dedicated to showcasing the work of Latin American and Carribean artists. Exhibitions lean heavily towards active, contemporary artists and, given the current social climate for Latinos in America, tend to make strong political statements. Beyond the exhibitions, the museum hosts a variety of Latin America-inspired festivals and celebrations in its impressive outdoor courtyard, including El Museo's traditional Three Kings Day parade. 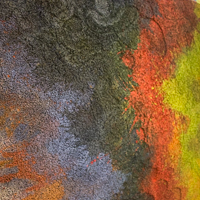 While Museum Mile may contain the world's largest concentration of world-class art, but without El Museo, it would lack representation from an entire continent. It is the youngest museum on Fifth Avenue and exudes a contemporary energy that the traditional collections can struggle to muster. The other museums are rooted firmly in the wealth of the Gilded Age, founded on the vast collections of the Astors, the Fricks, and the Rockefellers. El Museo stands as a strong reminder that art may be collected by the wealthy, but it is produced by inspired and talented creators from every segment of society, especially El Barrio.