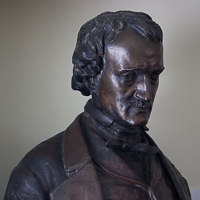 Edgar Allan Poe spent his life moving between major cities along the east coast of the United States. Boston, Richmond, Philadelphia, and Baltimore have monuments honor Poe, or recreated the homes in which Poe lived and worked during different periods of his life. New York City's claim to America's favorite gothic writer is as strong as any other city. Poe lived on the Upper West Side before moving with his wife Virginia to a cottage in Fordham. The cottage, though moved from its original location, has been preserved through the years and welcomes visitors to explore Poe's life and works.

And so, all the night-tide, I lie down by the side Of my darling my darling my life and my bride, In her sepulcher there by the sea In her tomb by the sounding sea. - Anabel Lee (written by E.A. Poe at the cottage) 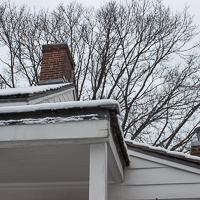 The cottage itself is small but contains a number of period-specific artifacts, including a few items dating to Edgar Allan Poe's own time in the cottage. But the real draw of the cottage is the knowledgable and passionate staff who are happy to provide detailed tours of the cottage and discuss all things Poe. What may seem like a short tour of a tiny house can easily extend into a long and pleasant conversation about the writer's life, works, and still-mysterious death. 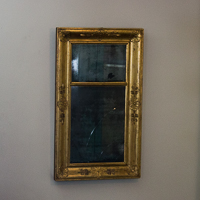 The peripatetic Poe left a mark in each city he visited but left no obvious choice as to his home town. The homes and museums in Philadelphia, Baltimore, and Richmond may have more artifacts than this small cottage in the Bronx, but Poe experienced some of the most transformative events of his life while living with his wife and mother-in-law. Even a short visit to this lonely cottage informs your understanding of his life and helps readers to interpret his later works. Poe died just three years after moving into this cottage, considered his last permanent residence.