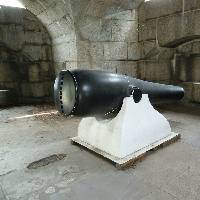 The former Fort Totten Officer's Club, a beautiful Late Gothic Revival 'castle' is now the home of the Bayside Historical Society. The society hosts a variety of events and exhibitions dedicated to the rich natural, military, civilian, and Native American history of the surrounding Bayside area. The 'castle' sits at the center of the large Fort Totten Park and a gateway to exploring the nearby coastal defense ports. 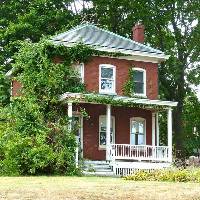 The castle features a variety of small exhibits which delve deep into the history of the former military base, the building itself (whose design is often attributed to Robert E. Lee), and the maritime lifestyle of the early twentieth century. Exhibitions do not rotate often but are filled with charming artifacts and significant detail. A full tour of the museum space will only take a few hours, so plan on enjoying the rest of Fort Totten Park, or watch the calendar for one of the many lectures, dinners, tours, and sewing parties hosted at the castle. 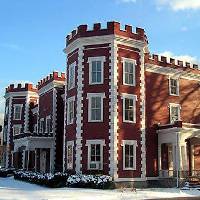 Bayside, Queens may not be the first neighborhood either visitors or locals think of in New York. But this wealthy enclave of detached homes is rich in history spanning early Native tribes, 18th-century wars, 19th-century industry through the 20th-century boom in both popularity and organized crime. Its strategic location at the mouth of the East River has long been critical to the naval defense of New York. All of this history is crammed into one of the most unique buildings in Queens and well worth an afternoon of exploration.