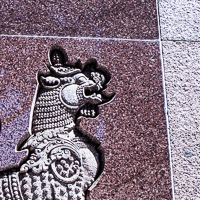 For more than sixty years the Asia Society has hosted lectures, symposiums, and exhibits with the goal of "promoting mutual understanding and strengthening partnerships among peoples, leaders, and institutions of Asia and the United States". Like other international 'societies' or 'institutes' organizations in New York, the Asia Society also maintains a small gallery space. The Park Avenue building hosts two floors of permanent and rotating exhibits, dedicated to both traditional and contemporary Asian art as well as celebrating the work of the Asia Society itself. For fans of Chinese, Korean, Japanese and Southeast Asian art will see both new and familiar works.

...we Americans must seek afresh to develop understanding and cooperation with the two-thirds of the human family who live in Asia - John D. Rockefeller III - 1974 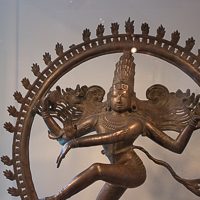 The Asia Society Museum is home the large personal collection of John D. Rockefeller III, a life-long advocate of increased understanding between the peoples of Asia and the United States. His collection of over 300 objects from across Asia tends toward the ancient and traditional and is reshuffled as exhibits change and rotate to focus on a particular region, medium or style. In addition to the traditional collection, the society is a significant patron of contemporary Asian art. While the dichotomy between the hyper-traditional and the hyper-contemporary can be jarring, it reflects the complexities of the ancient and modern societies of Asia.

The Asia Society is the largest of the international society-style museums centered along Park Avenue--appropriate since it covers such a vast portion of the globe. Aficionados of traditional Asian art will find plenty in the Rockefeller Collection to intrigue and inspire, through casual connoisseurs may find the Asian Wing at the Metropolitan Museum of Art an easier place to start. Fans of contemporary art should also add the gallery to a regular rotation, as newer works and artists are featured regularly, with a particular focus on the new media arts produced in China and Japan. The Asia Society delivers what it promises-- a greater understanding of both ancient and modern cultures in Asia.