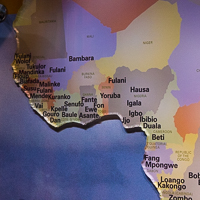 In 1991, when human remains were uncovered by workers laying the foundation of a new Federal office building, archaeologist and historians raced to investigate. The resulting discovery of 491 burial sites from before the American Revolution has been called the most significant American archaeological find of the 20th century. The graves were part of a long-forgotten cemetery used by men, women, and children of African descent in the early years of New York. A passionate group of descendants worked to preserve the site from further disruption which was later granted further protection as a National Monument, with an informative and sobering visitor's center added to the outdoor memorial.

For African-Americans, this is our Ellis Island - David Paterson (Former New York Governor) 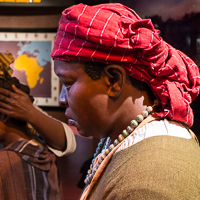 Start at the outdoor memorial. Walk down the Circle of the Diaspora to appreciate the scope and impact of centuries of trade in African lives. The dark, somber marble contrasts with the hopeful symbols of life and renewal borrowed from the distinct cultures impacted by slavery. However, the story of the memorial and the lives it commemorates is best appreciated in the nearby visitors center. Four stories are told in the small museum: the history of the global slave trade, the harsh conditions of African residents of early New York, the fascinating work of archaeologists on the site, and the grassroots efforts to preserve and consecrate the burial ground. 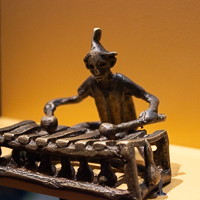 The monument is a necessary reminder that African slavery was not confined to the Deep South. For more than 200 years New York City engaged in the active enslavement of human beings, relying on them for local labor and trading them from the docks. Many sites in the city celebrate the voluntary mass immigration to New York, as well as the lives and history of early European settlers. But the African Burial Ground is unique in memorializing the involuntary importation of Africans and the contributions they made to building the city. As Former New York Governor David Patterson said at the dedication: “This is our Ellis Island”.